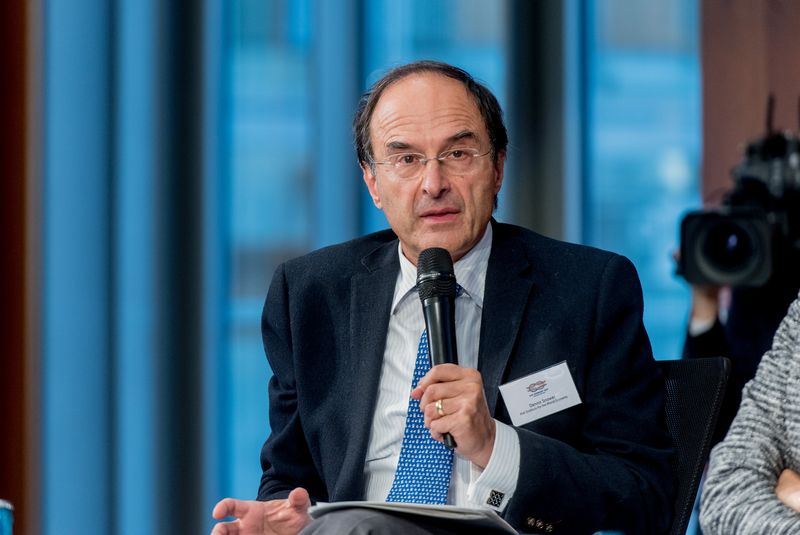 Dennis Snower, President of the Kiel Institute for the World Economy and Co-Chair of T20 Germany

Bylined article by Dennis J. Snower, President of the Kiel Institute for the World Economy and Co-Chair of T20 Germany

Populists, including President Donald Trump, gain votes by criticizing globalization and advocating protectionism. But globalization does not destroy jobs, nor is it intrinsically responsible for inequality. After all, globalization does not prevent countries from redistributing the gains from free trade among their citizens. It is digitalization, not globalization, that has the potential to destroy many routine jobs. If the state really wants to help workers, it should adopt active labor market policies to promote employment, education, training, and upskilling.

Punitive tariffs and the cancellation of free trade agreements: US president Donald Trump has proclaimed a new trade policy doctrine, restricting globalization. The aim is to protect American jobs from foreign competition. Accordingly, he has urged businesses and consumers to adopt the principle “Buy American and hire American.” But Trump's new protectionism is doomed to failure—because it is based on false premises.

It is a fatal error to believe that globalization and the associated foreign competition from Mexico, China, or even Germany is costing Americans a significant number of jobs. On the contrary, the US is one of the main beneficiaries of globalization. While some routine jobs in the low-pay sector have undoubtedly been lost to countries like Mexico and China, global integration of the US economy means that new, higher-quality jobs have been created within the country. A study by the Bertelsmann Foundation suggests that globalization benefits the US to the tune of EUR 154.8 billion a year. By comparison, the figure for China is EUR 103 billion, while Mexico gains just EUR 11.4 billion. In fact, it is increasing digitalization that is putting huge pressure on routine jobs—not only in the US.

Dubbed the fourth industrial revolution in recognition of its profound impact, digitalization is driving enormous changes in production processes. Many routine jobs are being rendered obsolete, with machines doing the work and replacing humans. For every low-paid American job lost to Chinese contract manufacturers, robots have taken over almost seven other jobs. Digitalization also creates new, high-quality employment opportunities, but these require the right qualifications.

The problem here is that digitalization vastly accelerates machine productivity, while people take significantly longer to adapt their capabilities. Thus it is the government's job to help people make the transition. After all, governments are there to provide public goods. The US government has failed spectacularly in this regard in the past, thereby jeopardizing something that is part of the country’s DNA: the American dream, i.e., the notion that you can achieve anything you want, as long as you work hard enough for it.

If the state really aims to help workers, it should adopt active labor market policies that promote employment, education, training, and upskilling. This doesn’t apply just to the US, though its need is particularly great. According to an OECD study, America currently ranks near the bottom with regard to spending on these policies as proportion of GDP. Finland and Denmark top the rankings, spending ten times as much as the US by this measure. Germany still spends four times as much. This is clearly an area where America can learn from Europe.

What is called for is redistribution—but not a redistribution of income. Rather, we require a redistribution of economic incentives, both in the US and elsewhere. The great majority of the poor are working poor and they do not remain poor because they are lazy, but because they lack opportunities to improve their situation. They therefore need help in acquiring new skills. That could mean more public support for their education and vocational training. A program of this kind should also include an incentive system that encourages employers to hire the long-term unemployed and provide their employees with training options.

Donald Trump has correctly recognized that many Americans currently feel powerless. He has attracted the despairing and disappointed, those whose opportunities in a land of allegedly unlimited opportunities are now severely restricted. He has done this by promising to repatriate the old jobs. He cannot succeed, since the old jobs will not come back. At the same time, digitalization is  destroying many old jobs and creating new ones, requiring new skills. If Trump fails to understand this and prefers to spend money on a wall along the US-Mexican border, rather than investing in education and an active labor market policy, his supporters will soon become disillusioned.

The same applies to populist demagogues in other Western democracies, such as France, Italy, the UK, the Netherlands, and Germany. Politicians who retreat to narrow nationalisms and attack globalization, rather than investing in education and training that enables people to face the challenges of the digital age, is doomed to failure.

Dennis J. Snower is the President of the Kiel Institute for the World Economy and Co-Chair of T20 Germany