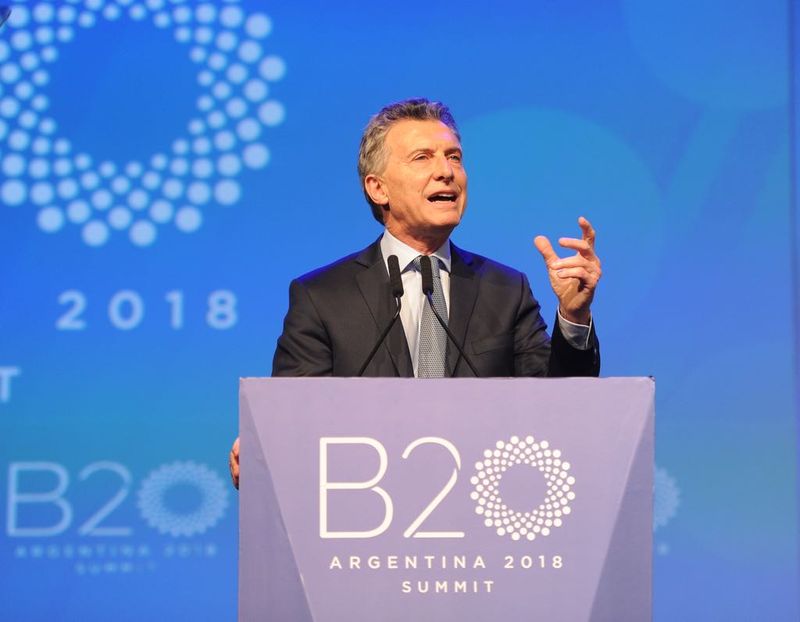 Rising protectionism, national go-alones in climate politics and an increasingly aggressive rhetoric – in the light of these developments, it is a success that G20 Leaders agreed on a joint Summit Communiqué in Buenos Aires. It was far from certain before the Summit that consensus could be achieved. International cooperation has become much more challenging. It thus does not come as a surprise that the Communiqué falls short of those of previous summits, including the G20 Summit in Hamburg last year.

Trade is a case in point. The G20 Leaders appreciated the positive contribution of trade to economic growth and prosperity. They also acknowledged the value of the multilateral trading system while at the same time pointing out the deficits of the system. What’s more, they decided on a timetable: The G20 is to review progress on the reform of the World Trade Organization (WTO) at the next G20 Summit. In addition, the Communiqué mentions the importance of the Global Forum on Steel Overcapacity. This is all good. But the few sentences on trade hidden towards the end of the Communiqué are far from sufficiently addressing the growing conflicts in trade. The G20 Leaders neither agreed to stop protectionist measures nor on a commitment to open markets. The Communiqué neither refers to trade defense instruments nor how to deal with state subsidies and state-owned enterprises. And it lacks any details how a reform of the WTO could look like. The commitments are vague and superficial. This was to be expected but is a disappointment nonetheless.

The Buenos Aires Communiqué also falls short in the area of climate and energy, even compared with the Hamburg Declaration. With regard to the Paris Agreement, the 19+1 format was reiterated by the United States. Moreover, the Communiqué neither proposes any concrete measures on how the Paris Agreement will be fully implemented nor does it state how “cleaner energy systems” will be achieved. The Leaders also did not acknowledge the benefits of international cooperation on climate and energy issues. At least, the Leaders  recognized the principle of sustainable development and explicitly referred to the SDGs. In this context, they underlined the important role of transformative technologies. However, there is no indication of the central role of a circular economy.

In the field of digital transformation, this year's G20 Communiqué falls short of offering a comprehensive digital strategy. While the Communiqué addresses a plethora of topics ranging from artificial intelligence, data utilization, digital infrastructure, platform economy and the future of work, it lacks concrete policy goals and deliverables which would enable prudent actions by the G20 countries. Only with a clear digital strategy at hand, citizens, companies and countries can reap the benefits of digitalization. With this gap, the Argentinian G20 Communiqué resembles a significant step backwards in comparison to the digital policy program outlined in the German G20 Communiqué.

In the G20 Leaders’ declaration the future of work was identified as one of the main pillars. The G20 remain committed to building an inclusive, fair and sustainable future of work by promoting decent work, vocational training and skills development. This includes reskilling workers and improving labor conditions in all forms of employment while recognizing the importance of social dialogue. G20 will continue to foster cognitive, digital and entrepreneurship skills and encourage the collection and exchange of good practices. B20 Germany welcomes this approach and calls for further steps to promote open, dynamic and inclusive labor markets. In the G20 Leaders’ declaration emphasis was put on the Brisbane commitment to reduce the gender gap in labor force participation rates by 25% by 2025 and it was acknowledged that more needs to be done in this regard. Furthermore, the G20 will continue to promote initiatives aimed at ending all forms of discrimination against women and girls and gender-based violence and will take actions to eradicate child labor, forced labor, human trafficking and modern slavery in the world of work.

There is no mentioning of SMEs despite the topic’s relevance in the international context. SMEs have to be better integrated into global value chains in order to avoid value chain fragmentation. Furthermore, digital participation of SMEs should be enhanced. B20 Germany would have liked the G20 Leaders to build on previous G20 commitments and to give greater prominence to SMEs in the global economy.

The G20 Leaders showed a strong commitment for the WHO and the action plan for the implementation of the health-related aspects of the SDGs by 2030. B20 Germany also appreciates the regional and national efforts on Anti-Microbial Resistance (AMR) based on the One-Health Approach and on multi-sectoral action like the Global AMR R&D Hub. We also endorse the improvement of health aspects in cooperation with the private sector and the scientific society. The SDG3 and Universal Health Coverage can only be met when the necessary conditions are set. The Buenos Aires Communiqué highlights the need for stronger health systems. However, as innovation in health is crucial, the Leaders also should have underlined the great potential of digital health in this regard.

Following the project of the OECD and G20 countries against Base Erosion and Profit Shifting (BEPS) starting in 2012, the OECD has been mandated to come up with possible solutions for the international distribution of taxation rights by 2020. B20 Germany supports the G20’s goal to check if established international corporate income taxation standards have to be changed to comprise profits from digital business models. B20 Germany considers this a priority in the field of tax enforcement. In the light of increasing information and transparency obligations it is important for businesses – in the case that international taxation rules are changed – that national tax administrations can implement them digitally.

B20 Germany supports the strong commitment in implementing the SDGs and its mission to strengthen the „Compact with Africa“. While the Communiqué focuses on the much needed cooperation between developing countries and underlines the role of businesses in some parts, it fails to acknowledge the general role of businesses in archiving the SDGs. B20 Germany was hoping for a much clearer vision in including businesses as a major stakeholder towards the common goal of a more sustainable development.

Whilst the declaration mentions a range of factors contributing to security, it fails to address the most crucial international threats and conflicts. The lack thereof displays the inability of G20 leaders to jointly tackle the severe challenges to international security.

The new formats of negotiations during the Summit give rise to concerns. The United States is implementing a new “deal diplomacy”, addressing urgent issues on the sidelines of the Summit. The meeting between President Trump and President Xi illustrates this new strategy, which may have prevented another round of escalation between the two countries. However, such strategies fall short of addressing urgent challenges such as financial risks in emerging markets which need to be discussed in the multilateral G20 arena, not on a bilateral level.

Multilateralism is facing harsh headwinds and international cooperation is becoming more challenging every year. However, for a sustainable, future-oriented economy, which benefits all, G20 Leaders have to agree on more than a minimal consensus. The G20 Presidency has now been handed over to Japan. We very much hope that G20 Japan will succeed in getting the G20 back on track.

B20 Germany looks forward to the coming G20/B20 cycle under the Japanese Presidency and stands ready to support the B20 process.